Howdy BRM operators! This is Aurora / “Gravity_Defier” Our team has been hard at work on the Quests Update, the largest update to come to BRM since December. While things are still heavily in progress, we’re aiming to bring plenty of new content and hopefully provide a fix for the longstanding problem with stale gameplay in Operation Resurgence. This blogpost will hopefully be a taste of what’s to come and a more candid reveal of what goes on behind the scenes and why updates take so long to turn out.

Gnar, our lead programmer everyone should hopefully know about by now, has been hard at work on the crown jewel feature of this update - the friendly, interactable NPCs that players will be able to talk with to get quests and learn about the world and lore of BRM5.

Quests will tie into the reputation system everyone’s been wondering about- some NPCs will only make themselves available to players with higher reputations. The goal of quests is to give players tasks with meaning, rewards, progression, and a chance to learn more about the story and background of BRM5. In one mission, you might be asked to scout out an enemy camp. In another, recovering a lost item for a refugee, or reuniting lost friends. The goal of quests update isn’t just to bring back the more varied gameplay of Viper- but to return it with a vengeance, and to answer the questions players have been asking since.

One of the most popular suggestions for the game has been for us to give Sochraina City some love. For years it has sat empty, and, with it becoming the new home of the friendly NPCs for the quests update, giving it new life and aesthetics was only natural. The new Sochraina is being roughly inspired by cities like Saint Petersburg, Venice, and other coastal towns in Europe and Russia. You’ll immediately notice the new canals- giving the city a more coastal feel and more vertical detailing.

Overhead view of our heavily WIP Sochraina. New canals, buildings, shoreline, and a UN outpost near the shore. Many missing, but planned, details including props, some buildings, and trees yet to come. Pink canals and weird colors are temporary, will do a color pass soon.

Progress has been steady. Balancing performance and visuals for a detailed city with significantly more complexity than Ronograd has been a fun challenge, especially while learning new tools and methods. Rather than using ROBLOX Studio, Blender was used for the buildings of Sochraina to pack as much detail into as few triangles as possible. Learning new software is always a challenge at the beginning, but I am already seeing big perks from a Blender workflow.

Blender viewport showing WIP buildings for the new Sochraina. This much building detail for the equivalent triangles of a gun!

The most fun aspect of working on this update has been forging a new building style for the game, which is especially visible in a city like Sochraina, with an environment that feels alive, opulent, and important. This is readily apparent in the novel use of custom textures, made by our new contractor A_lexine, along with taking advantage of Roblox’s brand new MaterialService and 2022 materials. 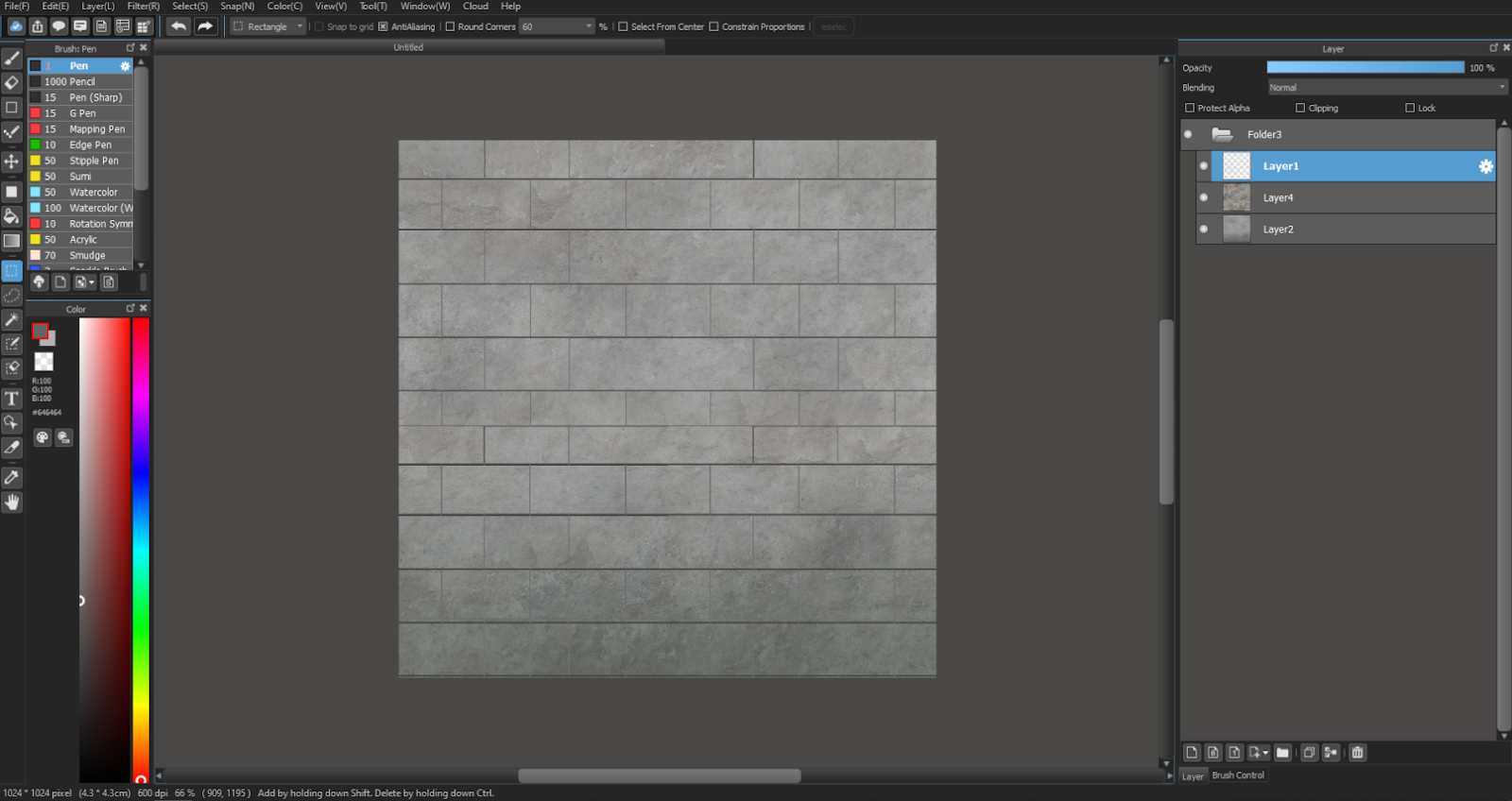 Texture for the Sochraina canal walls in progress made by A_Lexine.

With these two new features being released, I’ve been doing a pass on the PVP maps to improve their materials, gameplay, and visuals and tune them to the new lighting that was added in the RGE update. This has resulted in some unintended performance drops, which I’ve been working hard to track down the precise causes of. So far, Coast and Office have gotten this treatment, but Metro is on its way, along with receiving some new props.

With the new update, you will see a load of new weapons, some available as quest rewards , and others from the shop. To start, here’s one of the most highly requested guns coming to the game in the Quests Update; the L115A3, which will feature different body kits. 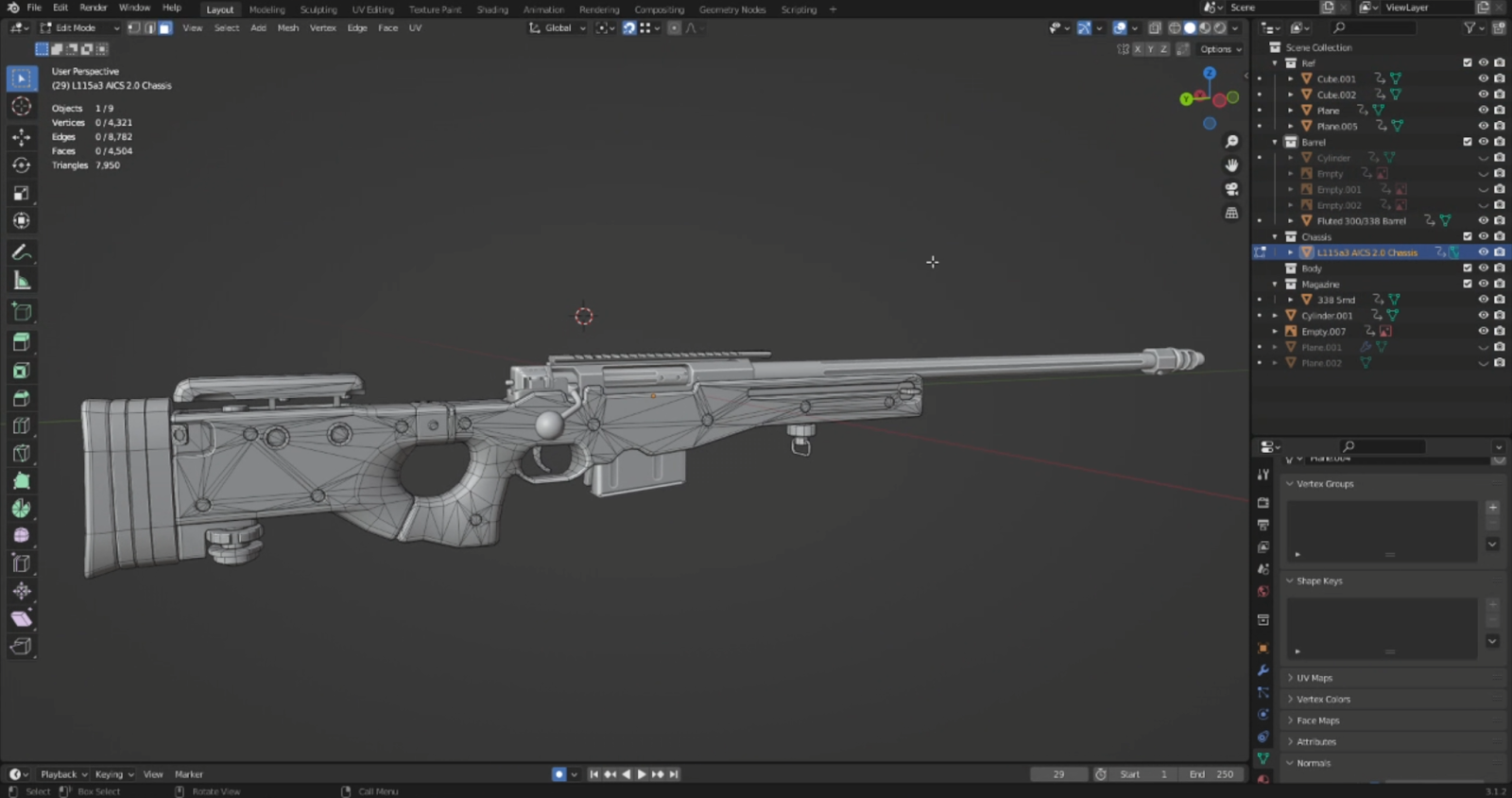 L115A3 sniper rifle made by MB_Sniper. Catch him live on Twitch making guns like this at https://www.twitch.tv/nikalas_mb 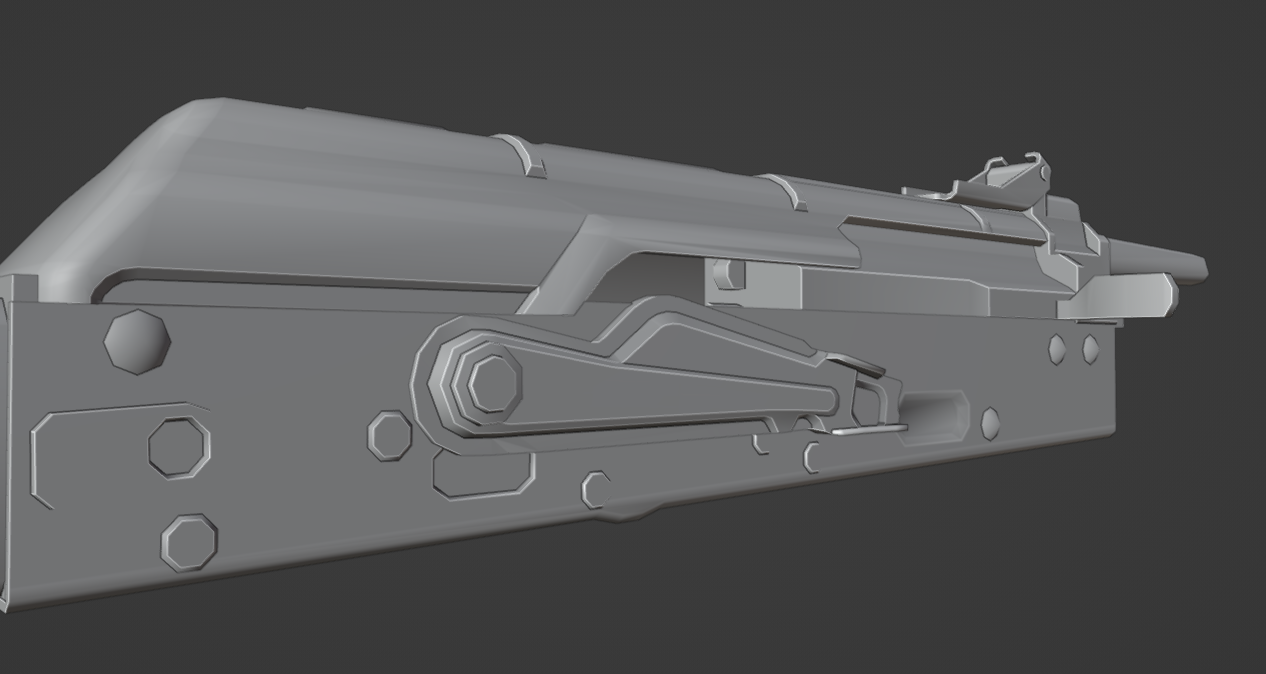 WIP Firearm - can you guess what it is?

The same is true for cosmetics and customization options, with some new gear coming in with the updates; some will be quest rewards while others will be available in the shop. 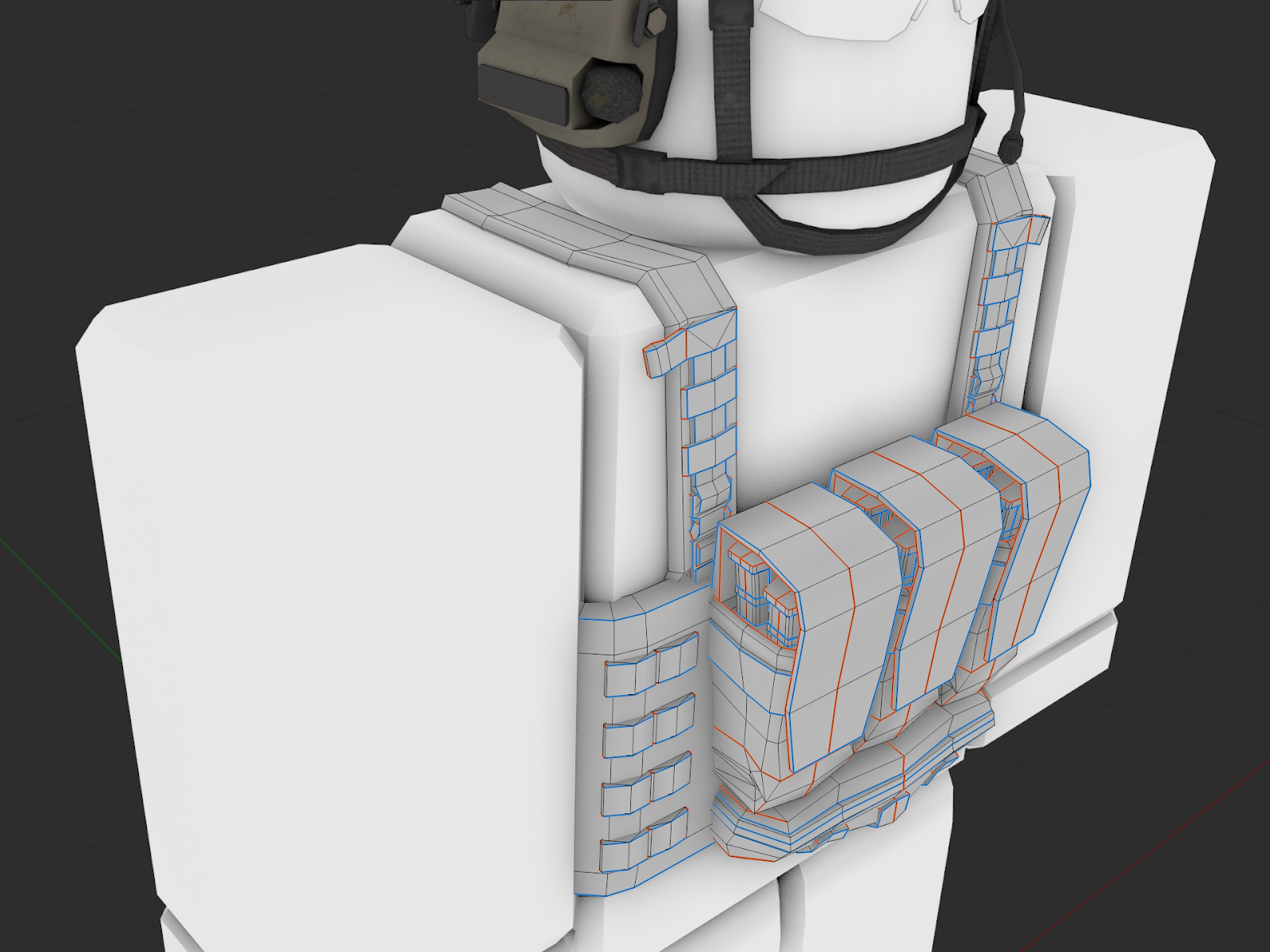 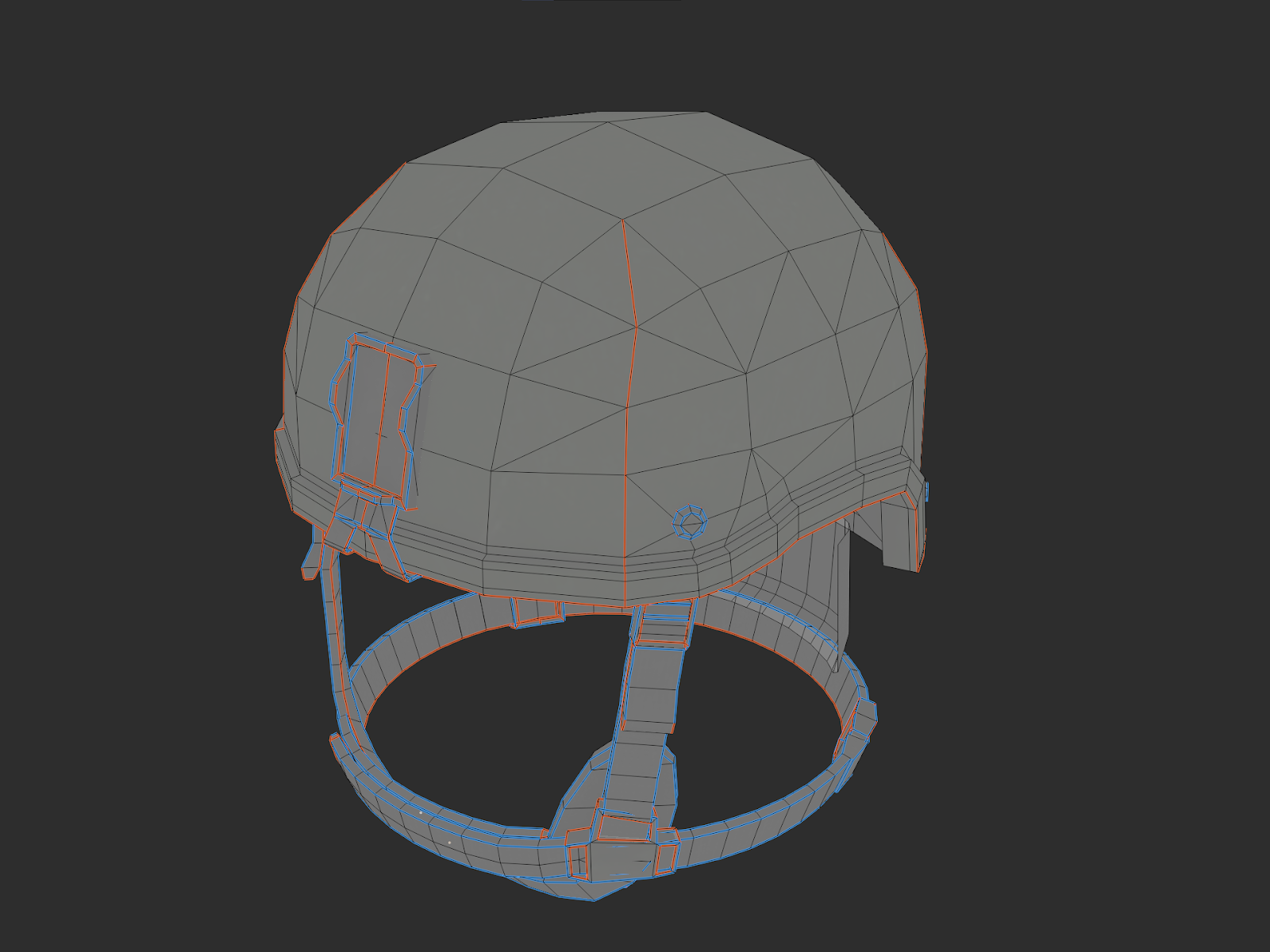 With quests update we’ll also be hearing new audio- soundtracks for quests, ambient music, and new sounds.  Panzer has been hard at work bringing BRM5’s soundscape to new levels and the Quests Update felt like a natural point to start bringing in a better musical assortment to the game. 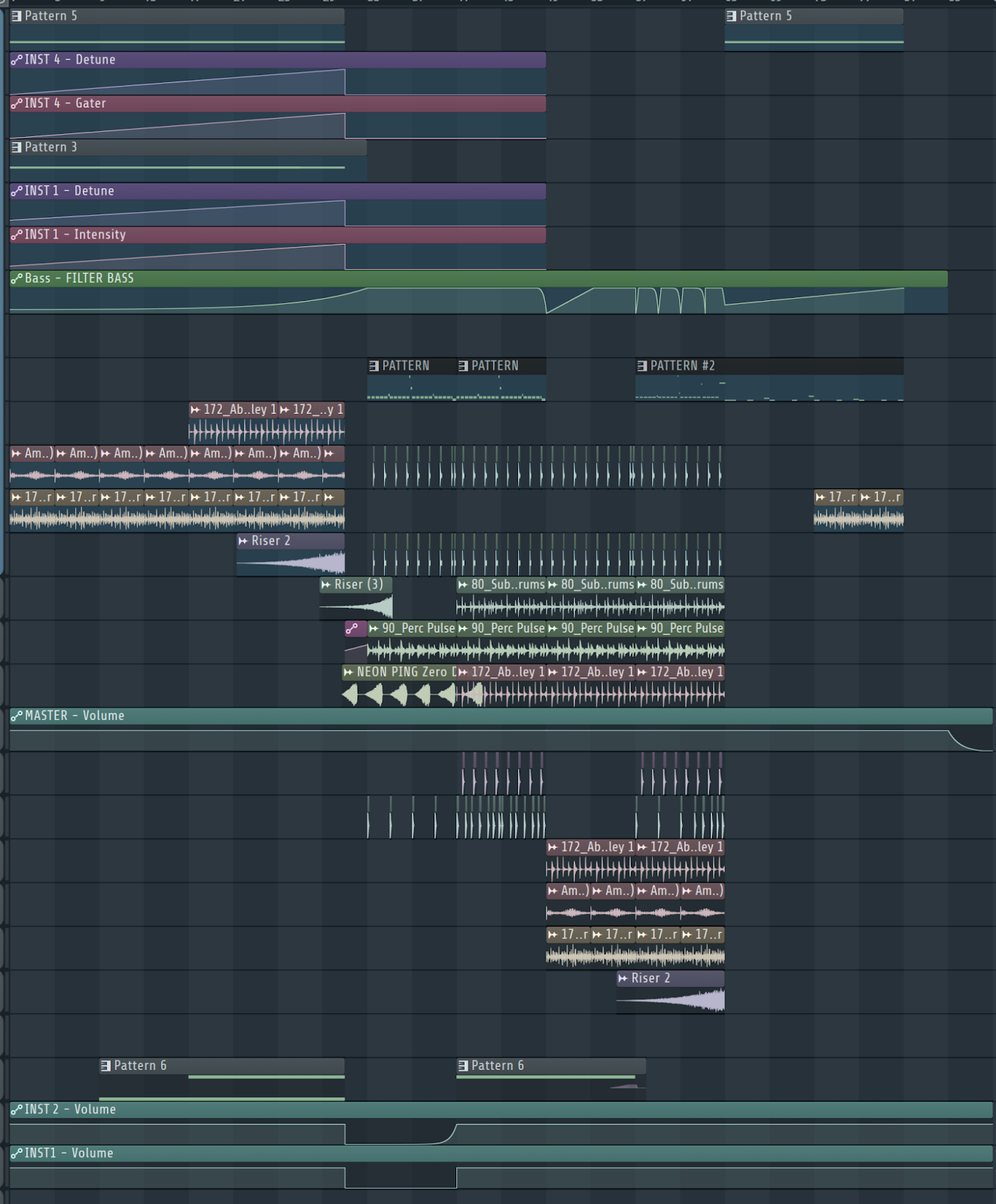 The Quests Update is well underway and showing some significant progress and promise. While we aren’t prepared to announce a release date yet, we are working to internal timelines and will hopefully have more for you soon. Once the Quests Update is out the door, we’ll be working on major improvements to BRM’s quality of life and polish.

We’re hoping to have more soon to show and to play- this update is particularly large and we appreciate your patience as we work on completing it and make sure it completes the goals we need it to. 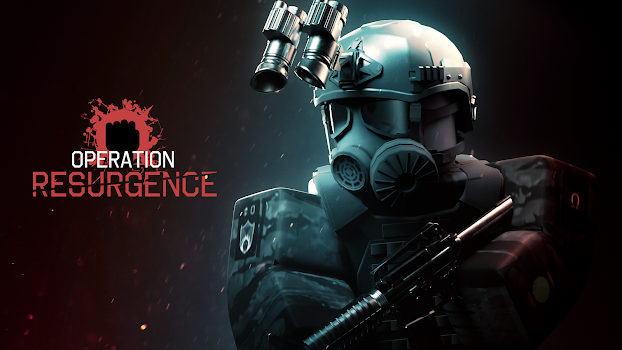 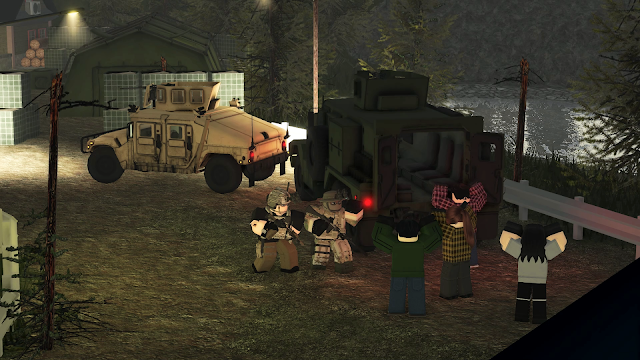